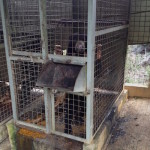 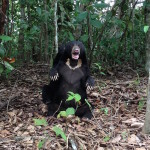 Sun bears are very active animals genetically made to cover large distances, to climb trees, to forage, to dig, to play and fight. They do not hibernate, they sleep no more than 6 to 8 hours a day and have a lot of energy to spend. They are solitary in the wild but if they are friends with another bear they love to play. Sun bears have a fundamental need for large tropical rainforests, they are a highly developed and noble species of the wilderness. When they are locked up alone in a cage and deprived of everything, they are overwhelmed with frustration and stress. It is a daily torture for a sun bear to be confined to a small space. 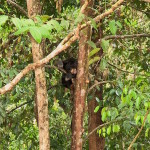 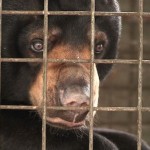 Kecil before in 9 m2

Most captive sun bears in Indonesia are adult bears who cannot go back to the wild because they are too habituated to humans and because they don’t have the skills to survive in the wild. Unfortunately, many of these sun bears are kept in cages because the organisations caring for them do not have the means to provide them with better living conditions. 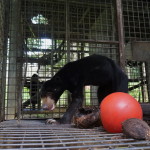 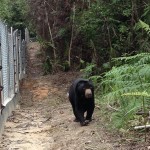 At Sun Bear Outreach, we believe that sun bears who cannot go back to the wild deserve the best possible captive life we can give them. Since 2014, we have been collaborating with the Borneo Orangutan Survival Foundation (BOSF), the Orangutan Foundation International (OFI), the Wildlife Rescue Centre of Jogjakarta (WRC) and with the Cikananga Wildlife Centre (CWC) in Java to improve the wellbeing of the bears in their care: we build large forest enclosures for the bears, improve the existing facilities, allow the bears to enjoy a social life with other bears and train the staff to better care for the them. 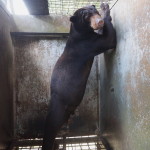 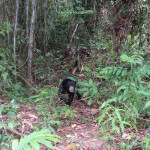 For the latest update check our projects for 2021