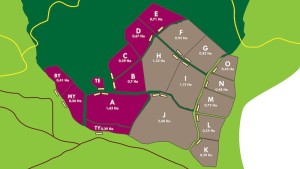 In 2018, Sun Bear Outreach continued working in collaboration with the Borneo Orangutan Survival Foundation  (BOSF) to build large forest enclosures for the 52 bears at the Samboja Lestari sanctuary in East Kalimantan, Indonesia. We built 2 large forest enclosures (D and E on the map) and a new small “training enclosure” where the bears learn about the electric fencing. Six sun bears are now enjoying the 2 new enclosures each of about 0,7 hectare in size. 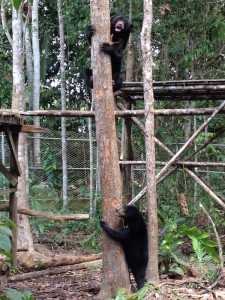 In April 2018, Sun Bear Outreach also built a 1000 m2 enclosure for 4 bears at the Orangutan Foundation International (OFI) care centre in Central Kalimantan Indonesia. These 4 bears were kept for a long time in small cages at the Forestry Department office in Pontianak, West Kalimantan and were en route for a local zoo. Luckily OFI accepted to take the bears and they are now all  living together in a 1000 m2 enclosure with trees, a pool and dens that they can shelter in. They are leading a much better life than they would have had in any Indonesian zoo.

In August 2018, BOS Switzerland managed to raise the funds necessary to finish the remaining 10 enclosures (F to O) at BOS Samboja Lestari, so work began in September with two construction teams working simultaneously on this big project  under the supervision of Patrick Rouxel, CEO of Sun Bear Outreach. 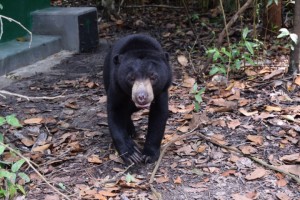