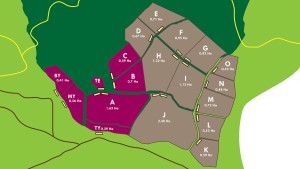 Map of Enclosures at Samboja 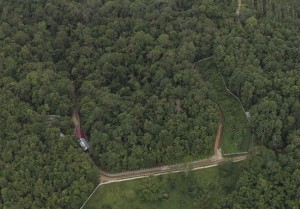 The bears at Samboja Lestari are all adults who cannot go back to the wild because they are too habituated to humans and don’t have the skills to survive in the wild. They are all innocent victims of human activity and they have all suffered a lot, sometimes spending years in small cages, deprived of everything. Each forest enclosure we build allows a handful of bears to have access to some of their natural habitat and enjoy a social life with other bears. 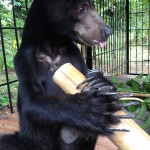 Brutus in his new cage, Tarakan 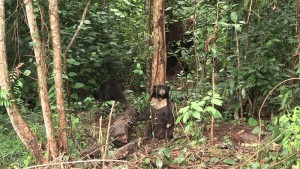 Jay in enclosure A

In 2017 we also helped improve the well being of 3 bears in Tarakan (Eask Kalimantan). These 3 bears belong to the city of Tarakan and are kept in a recreational park. Rina and Fitri, the 2 females, were kept in a big empty cage and Brutus the male was kept in a small inadequate cage. So we built a new cage for Brutus (4m x 4m x 3m high) and installed platforms, hammocks and climbing structures in both cages. A corridor links Brutus’ cage to that of Rina and Fitri so that they can be together or separated at will. There is unfortunately not much more we can do for these 3 bears.