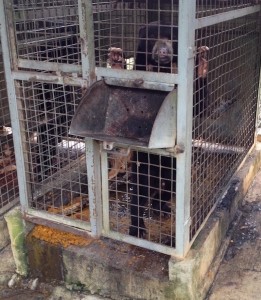 The 3 sun bears, Apang, Kecil and Dawai, have been given access to the small enclosure since January 8th. It took a few trials for Apang and Kecil to understand the electric fencing but they now completely avoid touching the wires. After many years spent in small cages on cement flooring, they can finally enjoy a bit of space, some vegetation, the earth under their feet and stuff to climb. Life is much better for them today than it’s been in a long time.

It’s been more difficult for Dawai, our 3rd candidate to test the electric fencing in the small enclosure. His eyesight is so bad that he can’t see the electric wires on the fence as he approaches them. He was repeatedly getting zapped by bumping into the wires unable to understand what was happening, nor how to avoid getting more zaps. So we stopped the training for Dawai and we’ll have to find another solution… electric fencing is not adequate for bears with too poor eyesight. 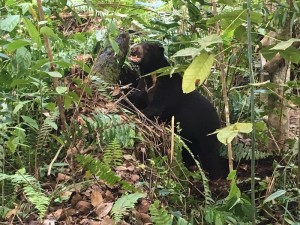 Construction of the 2 Ha forest enclosure is going well. 150 meters of new fencing on the South side have been build, and we have another 140 m to go on the East side. We hope to finish the enclosure by the end of February 2017. We are now budgeting the making of another 2 forest enclosures, one of 0,6 Ha and another of 0,7 Ha, each for 3 bears. 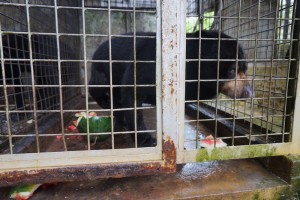 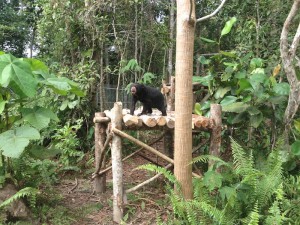 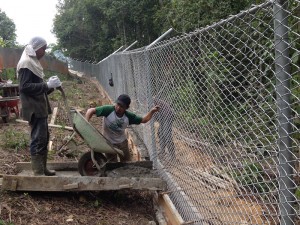 South fence of the 2 Ha enclosure