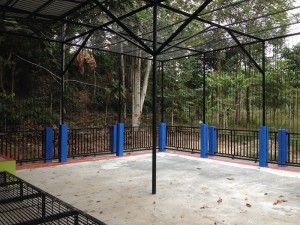 I spent the last 8 days in a small town called Tarakan in the North part of East Kalimantan, Borneo, Indonesia. I had been there last year in April to make improvements to the small cage of 2 female sun bears, Fitri and Rina, in a local recreational park. Since, the park authorities built a large 8m x 8m cage (4m high) but it was void of any enrichment and did not have a holding cage. So I went back to Tarakan to improve the new cage and help transfer the bears into it. 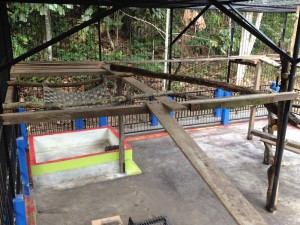 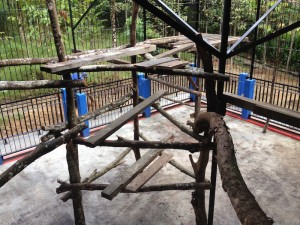 I had a holding cage built within the new cage and I set up several wooden platforms and climbing structures. I also put up a hammock. While I was there I heard of another sun bear called Brutus, kept in a small cage at someone’s house. I went to meet the bear and the owner who agreed to give his bear to the park authorities so as to put him with Fitri and Rina in the new big cage. This is what we did and it all went very well. 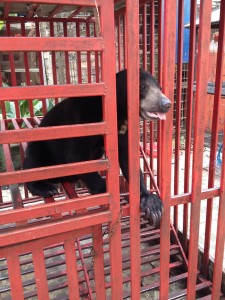 Brutus at his owner’s place 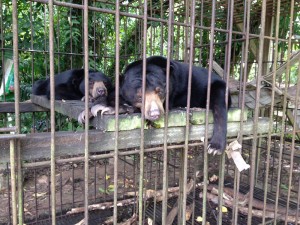 Fitri and Rina in their old cage

Brutus is a young juvenile who was hand raised by his owner and had never met another bear. He was so happy to meet the 2 girls and they were happy to meet him too. They all began playing as soon as I let them together. Brutus, Fitri and Rina are still in a cage but their life is better now than it has ever been.

Thank you for your support and thank you for making a donation to help me continue improving the welfare of captive sun bears in Indonesia. 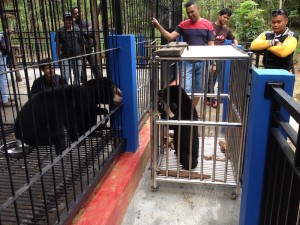 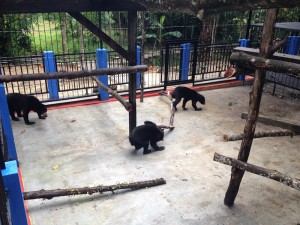 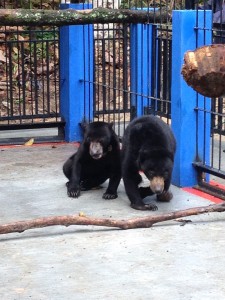 Brutus and Fitri in new cage