IMPROVING THE WELL-BEING OF ALL CAPTIVE ANIMALS

How to support us?

I’m happy to write that the construction of a new large forest enclosure at the Samboja Lestari rescue centre in East Kalimantan, Indonesia, is progressing steadily under the supervision of Philip Stubley, our long term volunteer. In the end, in view of the increasing number of bears at Samboja, we decided to make the enclosure bigger than planed: it will be near to 1 Ha in size and will be the new home for 5 bears.

The holding capacity of the existing 19 outdoor sun bear enclosures at Samboja Lestari is of 68 individuals, but the sanctuary now has 71 bears. Overcapacity means that some bears do not have access to outdoors, which is a concern regarding animal welfare. The construction of a new 1 Ha forest enclosure will thus allow 5 individuals to live in respectable captive conditions rather than just 2 or 3 as originally planned. 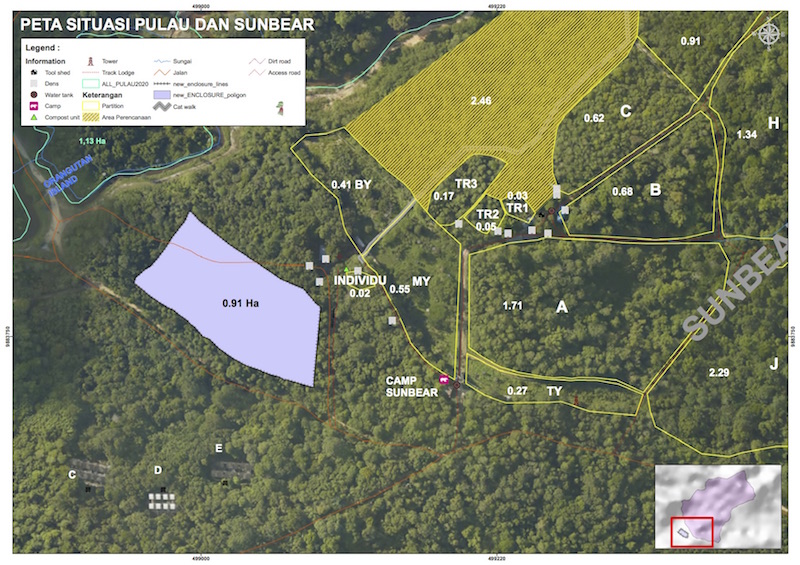 Of course the cost is greater and has now gone up to 50.000 € instead of the 30.000 € originally budgeted. But Sun Bear Outreach should be able to pay the extra cost thanks to our generous donors. Thank you all for making this possible.

I’m am happy to announce the construction of a new large forest enclosure for 3 sun bears at the Samboja Lestari rescue centre in East Kalimantan, Indonesia. Construction work is scheduled to begin mid June under the supervision of…

I have been in France since August 2020 and have not yet been able to go back to Indonesia to pursue the projects of Sun Bear Outreach. I had bought a ticket to go back in July 2021 but…

I had bought a ticket to go back to Indonesia on July 18th, but the COVID situation there is going from bad to worse and travel restrictions for foreigners entering the country are still in place. Unfortunately I have… 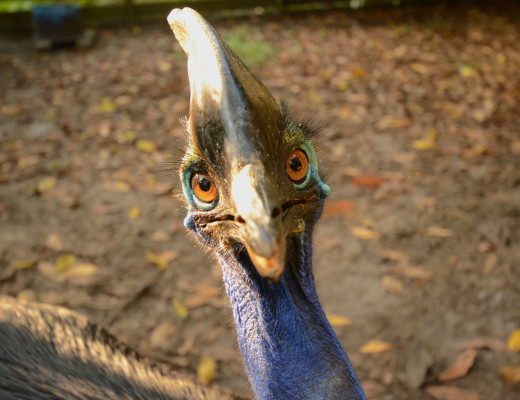 IMPROVING THE WELL-BEING OF ALL CAPTIVE ANIMALS

While the main focus of Sun Bear Outreach is to improve the wellbeing of captive sun bears, we are happy to help all animals in need. Empathy is what drives us but our compassion is not limited to…

Despite the COVID pandemic, renovation work at the Wildlife Rescue Centre (WRC) in Jogjakarta, Indonesia is progressing slowly but surely. This is thanks to your donations and to the work of Tojeiro, a young Dutch volunteer who is working…

Thanks to your donations and to a long term volunteer who is working full time at the Wildlife Rescue Centre (WRC) in Jogjakarta, Indonesia, 3 of the renovations we had planed are done and the others are in progress:…

As the coronavirus spreads around the world and countries lock down one after the other, it becomes increasingly difficult for many animal rescue centres that depend financially on visitors and volunteers to be able to meet their running costs…

Construction of the 15 forest enclosures (A to O) is going well at Samboja Lestari, the rescue centre of Borneo Orangutan Survival Foundation (BOSF). They are all done except for one, Enclosure J, which we are now working on.…